Home / Bathroom / Why you need bathroom extractor fans with light 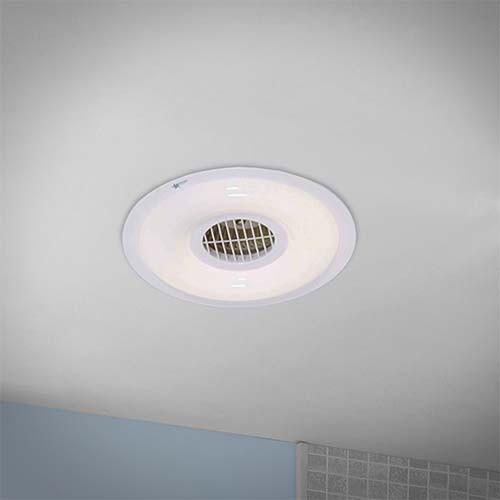 Why you need bathroom extractor fans with light

Bathroom is where most bacteria and microbes gather up. Therefore it is essential that you keep bathroom as clean as possible. Bathroom extractor fans are meant for that not just removing the bad smell.

Bathroom extractor fans are responsible for taking out the moisture after shower or bath, some building regulations ever require people to have such fans installed in their bathrooms. The moisture that extractor fans remove from your bathrooms can cause condensation and growth of mould. In case of condensation your wall or ceiling materials could get nasty and even deteriorated, based on material and the amount of condensation. While mould can cause severe health hazards some of this could even be fatal.

It is also true that bathroom extractor fans consume lot of energy, however modern models allow using the so called “chimney effect” that can be done without energy consuming apparatus. It means that you need to have a hole on the wall and the construction of the building should allow using vertical pipe that will draw the air constantly. This way you have both energy efficient ventilation and the moisture is removed from your bathroom.

Apart from health issues, bathroom extractor fans also allow keeping the bathroom fresh. They take away the odor together with moist. This way your bathroom can smell well within few minutes (depending on the strength of a fan).

One tip to consider is how you want to use your fan – one a separate switch letting you choose when to operate it, on a constant energy source when fan is always on together with lights, which means that fan is on when the light is on in the bathroom (i.e. when it is occupied). The latter is not the best one, since you mostly need bathroom to be ventilated after usage as well and keeping both light and fan on is not energy efficient at all.